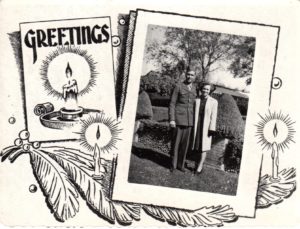 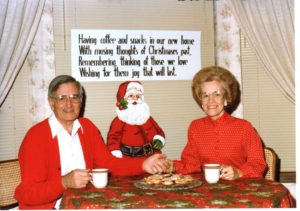 As of 2021, Edmond has proof of more than 130 Christmas seasons under her belt. Here’s our list of Top 5 Holly Jolly historical treasures from the vault at the Edmond History Museum & Museum. 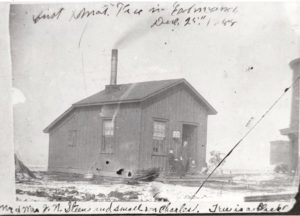 Look close and you can see Edmond’s very first Christmas tree, a black oak covered with cotton, on the porch of the Santa Fe Railroad pump house in 1888.  The Steen family was the first and only family living along the new Santa Fe railroad in Indian Territory from 1886 to 1889, until the Land Run occurred. John, Cordelia and son Charles lived in the pump house because John worked for the railroad company to build and monitor the water and coal station. It must have been a lonely holiday, since only one train a day was stopping through back then.

Steen family Christmas tree on the porch in 1888.

Here’s a sweet story. Quimby Enterline, an Army solider from Edmond, married Margaret during World War II. Three months later, on Dec 25, 1945, Margaret wrote of her sadness that they couldn’t spend their first Christmas together. She looked forward to a peace-time Christmas. Two days before, she’d written that she was mailing his Christmas gift and had sewn his military patch on her dress. Even though he and Margaret were apart during the war, they spent many Christmases together during their 43 years of marriage. The Enterline family is very loved by our museum, because Quimby volunteered from the museum’s formation in 1983 until his passing in 2015. 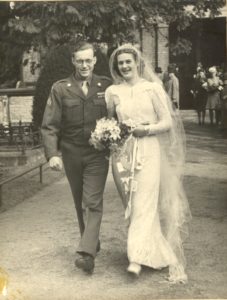 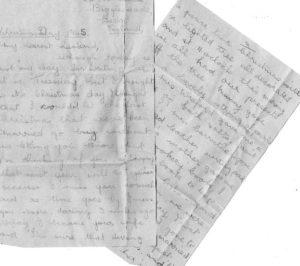 The Christmas tree craze from 1958 into the 1960s was the aluminum tree. The tree had a visual “space age” appeal at the time when America was racing to reach the moon. A spotlight with a turning “color wheel” illuminate the tree and caused colorful twinkling. The fad started to fade in 1965 when “A Charlie Brown Christmas” came out, mentioning the aluminum trees while mourning the commercialization of Christmas. This tree was purchased at Spartan Department Store off Lincoln Boulevard in Oklahoma City.

Color wheel and branches from the Edmond vault and the full tree assembled, used for a holiday exhibit at the museum in 2013. 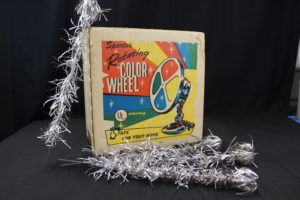 Yes, we have a bag of snow!  It’s the fake kind, though. Tiny Styrofoam balls that static cling to everything. The museum staff sealed it into this bag—and that’s where it will stay. The snow was part of the 1950s Bradford Snow Maker, which had a blower that sent the snow up a tube through the center of the tree. The Styrofoam balls sprinkled down onto the tree, and as it fell back into the metal tray at the bottom, the snow was recirculated up again—creating that winter feeling inside the house all winter long. (Reinventing the traditional Christmas tree was apparently a thing in the mid-1950s). Although snow is not the most historic item the museum owns, we think it’s the most quirky.

Fresh, clean Bradford snow in a bag (stored at room temperature) and the Snow Maker tree box, which is also in the museum collection. 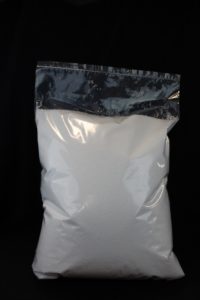 The Baker family created personalized photo cards from the 1940s-1980s, documenting their life in Edmond. Larnard and Margene married in 1940, and their son David was born in 1947. Larnard retired from the railroad and entered real estate, while Margene worked for the phone company. Larnard was an avid photographer, but the whole family helped in creating the yearly card. Fashion trends are evident, but so are current events: the 1957 Sputnik satellite launch, the 1960 presidential election, David’s return from the Vietnam War in the 1970s. The entire collection is a time capsule, but here are our favorites selected by the museum staff. 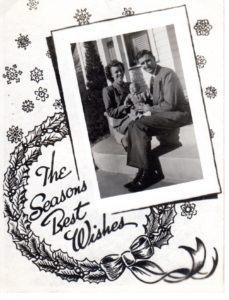 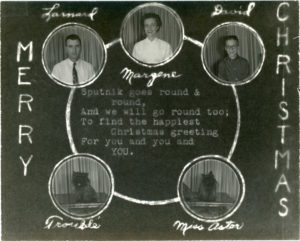 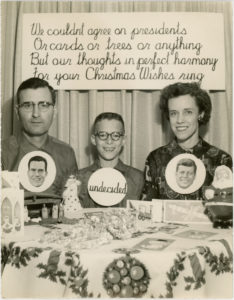 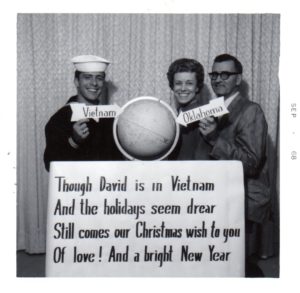 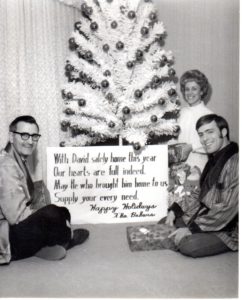 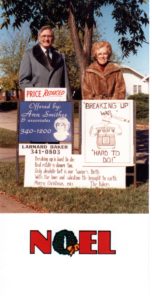 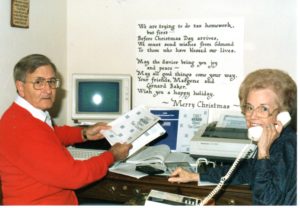 To repeat the Baker’s sentiments, “We wish you a happy holiday!” If you live in Edmond and have holiday artifact that tells a specific story about our history, the staff at the Edmond History Museum & Museum would be interested in learning more. Merry Christmas!