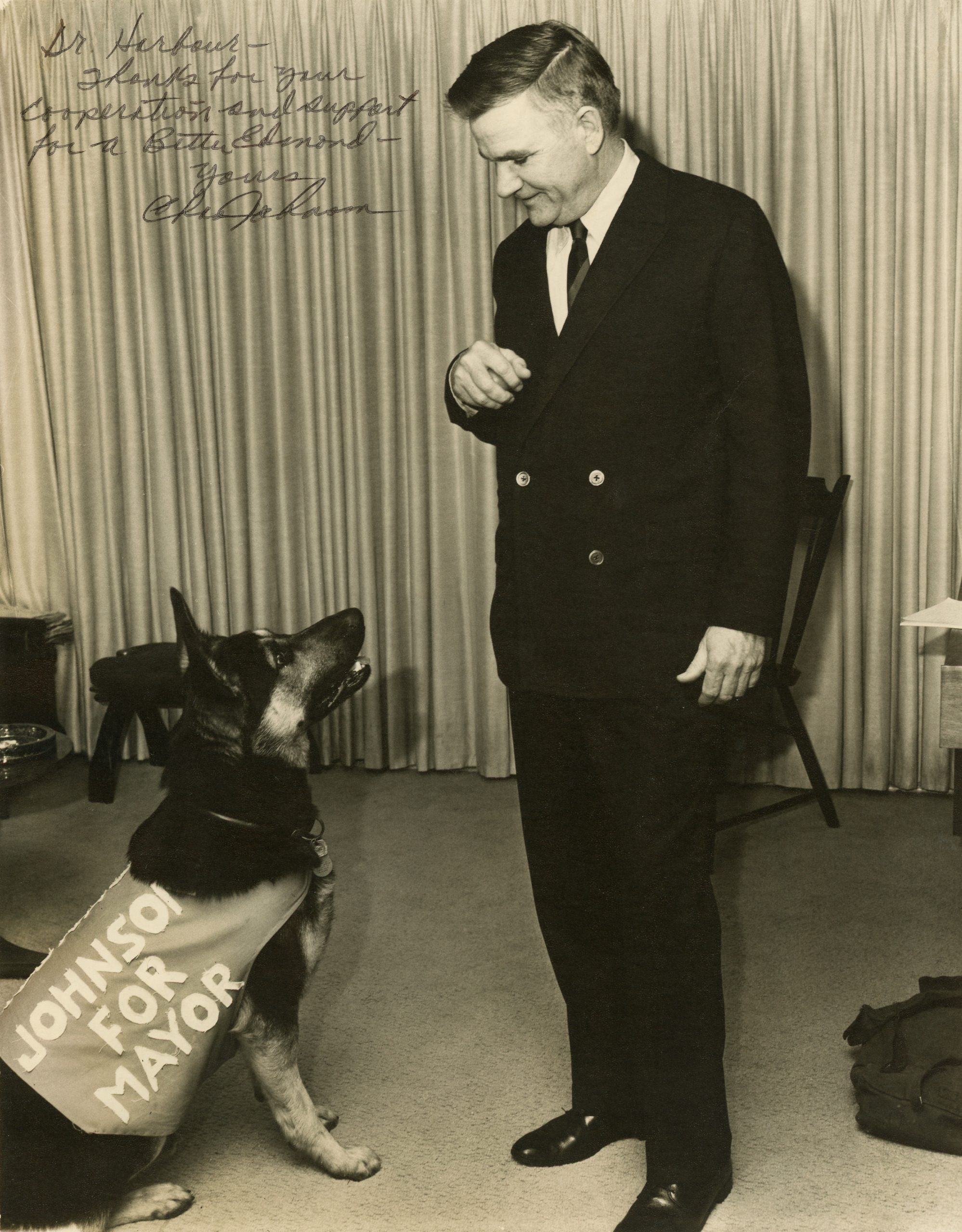 In addition to taking part in local politics, Edmond residents have been interested and involved with politics at the state and national levels. Edmond People, Edmond Politics will showcase a wide variety of political memorabilia and historic photographs from the Edmond Historical Society & Museum’s collections. The dozens of items in the exhibit help illustrate the many ways Edmondites have followed state and national politics. Artifacts in the exhibit range from political brochures, elections guides and assorted campaign items to a Bellmon Belles uniform that was worn by an Edmond resident during her time as a Bellmon Belle supporting Henry Bellmon in his successful bid for governor in the early 1960s.

Edmond People, Edmond Politics will open March 25, 2016 along with a traveling exhibit, Sign of the Times: The Great American Political Poster, which will feature 50 political posters that date from 1844 to 2009. The posters explore a variety of styles, design trends, and printing technology that represent the most exciting and rarely seen posters created in the last 170 years. Sign of the Times was curated by Hal Wert, Ph.D., collector and professor of history at Kansas City Art Institute, and organized by Exhibits USA/Mid-America Arts Alliance.

Sign of the Times: The Great American Political Poster is a program of ExhibitsUSA, a national division of Mid-America Arts Alliance with the Oklahoma Arts Council and the National Endowment for the Arts.