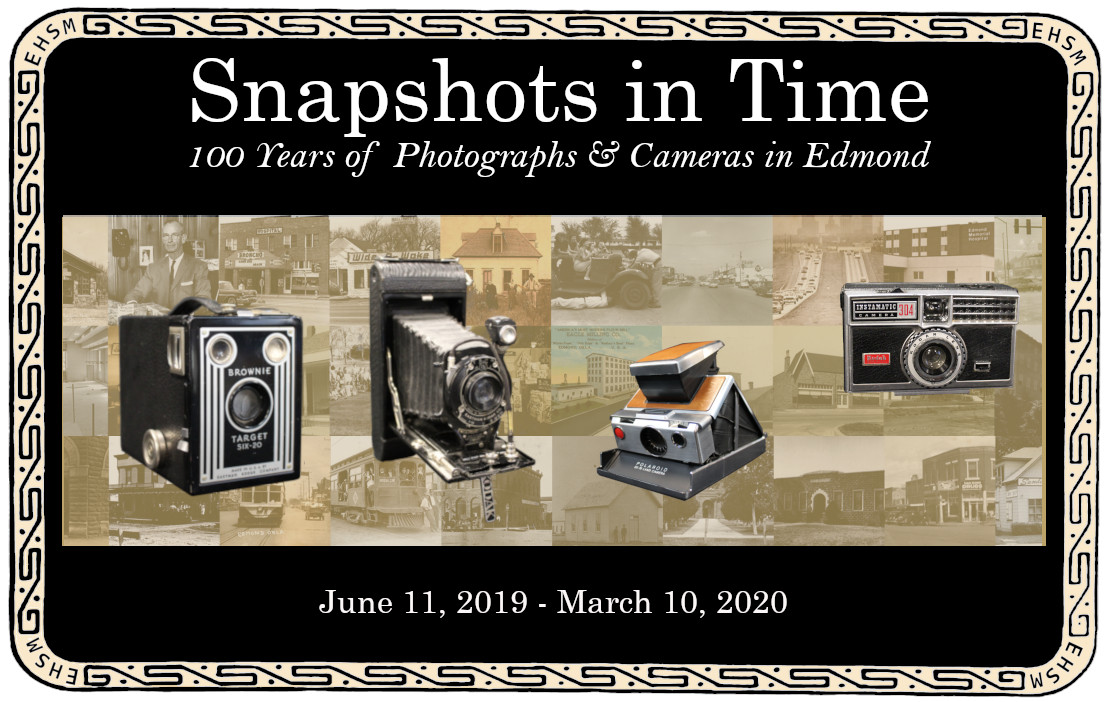 Snapshots In Time: 100 Years Of Photographs & Cameras In Edmond

People have been taking photographs in Edmond for nearly 130 years. Snapshots in Time features photographs and cameras from Edmond’s first century, including over 20 vintage cameras dating from the 1920s to the 1990s. On display will also be photographs of Edmond and its citizens from shortly after the Land Run in 1889 and throughout the 20th century. Be sure to stop by and see the changes in camera design and technology and the photographs that document an always changing Edmond.