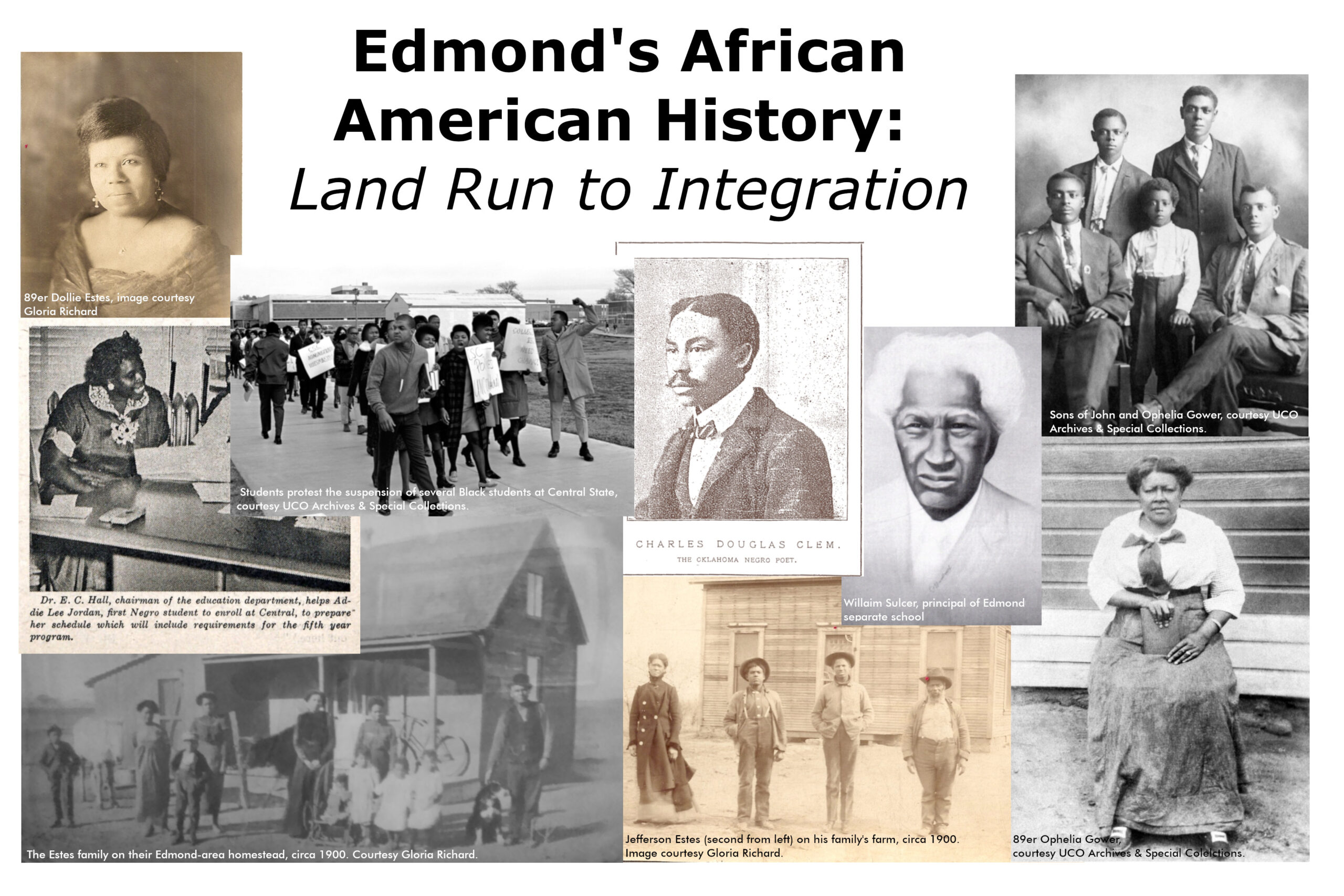 This exhibit was originally developed as a companion piece to the traveling exhibit The Power of Children, which EHS&M hosted in the fall of 2017. It has been expanded and adapted slightly in order to function better as a digital exhibit. Thank you to everyone who has worked on this exhibit, including: Deborah Baker, former Curator of Collections at EHS&M; Derek Lee, current Curator of Collections at EHS&M; and Kevin Dooley, UCO work study student. Thank you to our cultural sensitivity readers: Gloria Richard, Heather Freeman, and Elizabeth Adams. Online exhibit published April 2021.

Edmond began as a coal and water stop on the Atchison, Topeka, and Santa Fe Railway line in 1887. From 1887 until the Land Run in 1889, only one family, the Steen Family, lived in Edmond and operated the railroad station. By 1890, Edmond had a population of 294. Although numerous African American families, such as the Gowers and Esteses, homesteaded land near Edmond in 1889, it would be another year before any African American settlers lived within the city limits of Edmond.1 Because Oklahoma was not yet a state, but rather a territory, there were no segregation laws. However, it was left up to individual counties to decide if schools would be segregated. Edmond had a separate school for minorities, located at 21 W. Edwards, from 1892 until closing in 1905 due to insufficient numbers.

In 1901, Oklahoma Territory made segregated schools a law, and when Oklahoma became a state in 1907, Jim Crow laws, which denied equal opportunity to African American citizens, were some of the first laws enacted by the new state. By 1910, only two African American families lived in Edmond. A little over a decade later, the Ku Klux Klan (KKK) established a chapter in Edmond. Citizens began promoting the town as 100% white, and Edmondites began including racially restrictive covenants in housing addition plats and deeds. By the 1920s, no African American families would live in or own property in Edmond until the 1970s.

Was Edmond a Sundown Town?

Promotion of Edmond as 100% White

The Ku Klux Klan in Edmond

Ongoing Discrimination and the End of an All-White Edmond

1.) Because Edmond was such a small town for decades (Edmond’s population didn’t reach 5,000 until the 1940s and 10,000 until the 1960s) the actual city limits of Edmond were very small the first few decades of the twentieth century. There were numerous African American families that settled in the Edmond area that technically didn’t live in Edmond, but were close enough that they considered Edmond home.