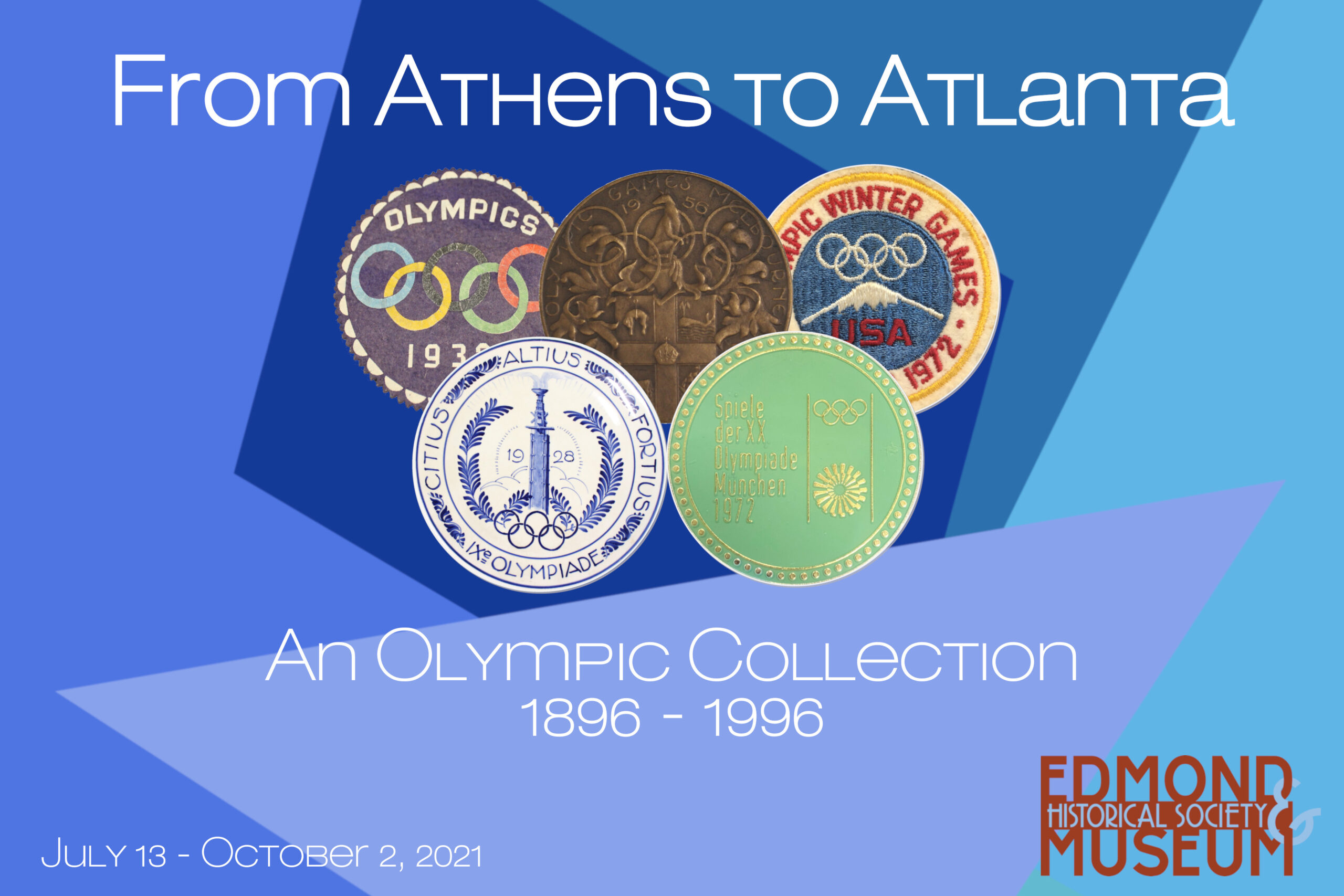 Opening on July 16, the Edmond History Museum & Museum is proud to host a temporary exhibit that will highlight the history of the modern Olympic Games. On loan from a private Edmond couple, the exhibit will feature Olympic memorabilia and souvenirs from most of the modern Olympic Games, which began in 1896. Highlights of the collections include a silver medal from the 1896 Games in Athens, participation medals, and a team USA warmup sweater from the 1924 Winter Olympics. Additionally, the exhibit will feature a large number of artifacts from the 1932 Games in Los Angeles, the 1936 Games in Berlin, and the 1984 Games in Los Angeles.